MONTEGO BAY, SEPTEMBER 18, 2008: Officially launched in 2007, The Palmyra Foundation provided 15,000 textbooks to 2,000 children in its first year. This year, 40+ volunteers are lending a hand to help distribute almost 50,000 textbooks to 10,971 infant school children across Jamaica. 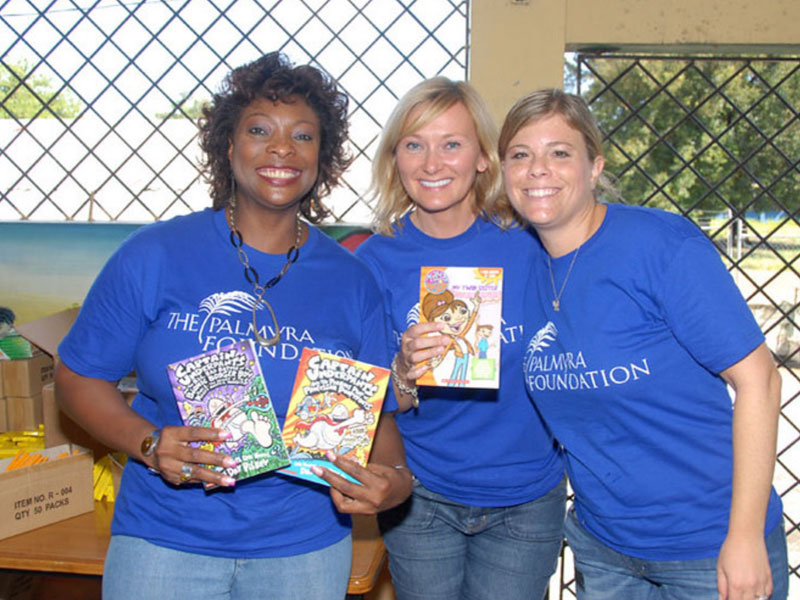 The distribution of free textbooks has been well received by teachers and principals across the island. Said one teacher at a rural infant school in St. James; “Before The Palmyra Foundation came along, many children in rural areas had none or few textbooks. The lack of textbooks is a major obstacle, because they are the basic tools by which to learn. Every additional book makes a difference to a child, and helps us in our jobs as teachers.”

“We have found that the children who have textbooks are much better equipped to deal with the next grade, in comparison to students who did not have text books. They start reading and get used to having their very own set of books at school and so, they learn the importance of books and gravitate towards them.”

The infant public schools who will benefit from textbooks provided by The Palmyra Foundation include 7 infant schools in the Port Antonio Region, 21 schools in St. James, Hanover & Westmoreland, 12 schools in the Browns Town Area, 18 schools in the Kingston area, 10 schools in the Mandeville area and 20 schools in Old Harbour. Says Devon Headley, Customer Relations & Marketing Manager from Bryan’s Bookstore, who played a key role in guiding the distribution teams to all the infant schools across the country; “I don’t know exactly how many kilometers we will have driven by the time our distribution tour ends, but it is definitely both the length and width of the entire country of Jamaica.”

Only in its second year, The Palmyra Foundation bought books totalling over US$285,000.

Part of the funds were raised at the Foundation’s 2007 December Fundraiser in Montego Bay, hosted by The Palmyra Resort & Spa, where The Honourable Prime Minister Bruce Golding gave the key-note address and was supported by a host of local individuals and businesses. Additionally, partners from the private sector have generously participated towards this year’s purchase of books, while 100% of the Foundation’s operational expenses have been generously absorbed by The Palmyra Resort & Spa.

Volunteers, including locals from all over Jamaica and ex-patriots from The United States, Italy, England, India, Ireland, Spain, Sri Lanka, Cuba, Columbia, Romania, Canada and Mexico are participating to distribute the books across the island. A truly global group of social entrepreneurs, the volunteers all share a desire to make a difference and the conviction that education is the key to creating a better future.