The non-profit was originally founded as The Palmyra Foundation in 2007 by international developer the late Bob Trotta. As the charity’s main sponsor and benefactor, Trotta leaves quite a legacy through the charity formerly known as The Palmyra Foundation. His philanthropic contribution enabled the distribution of more than 290,000 books, pencils and crayons to 93,000 children at more than 150 Jamaica schools, a donation estimated at more than US$1.6m. 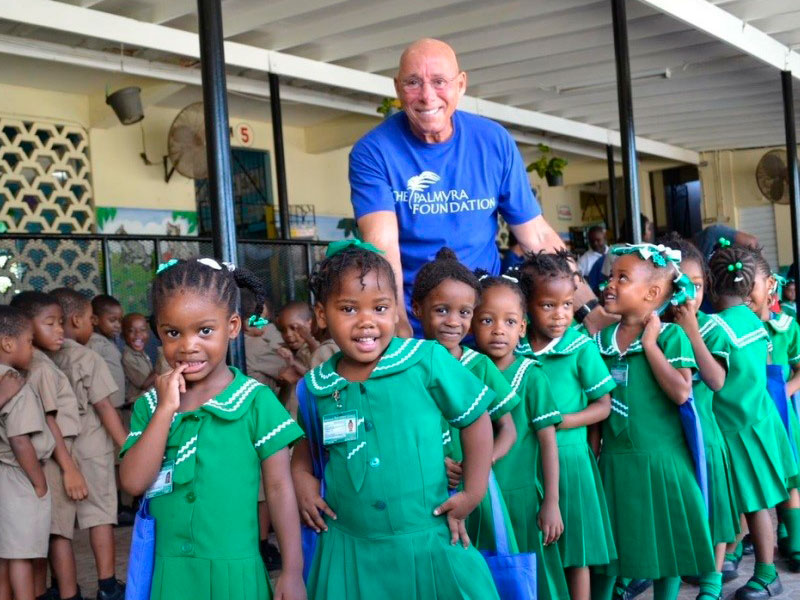 Trotta had a unique ability to connect with children and loved visiting schools to distribute books together with his wife Ragni. He often called on Jamaican role models to help hand out books and was often seen handing out books to pre-school children together with celebrities like former Prime Minister P.J. Patterson, Heavy Weight World Champion Lennox Lewis and many other well-known Jamaican politician and business people.

The Books4Kids Jamaica initiative continues to be spearheaded by Trotta’s wife Ragni, who has picked up the mantle as the non-profit’s benefactor following the passing of her husband in 2017 together with key person and Board Member Frank Perolli, who has worked tirelessly for the charity since its start-up 14 years ago.

Books4Kids Jamaica Ltd. is a Registered Charitable Organization under the Charities Act of 2013 (CAIN100NR-240C) with the Department of Co-Operatives & Friendly Societies, Charity Authority of Jamaica.